In memory of Roderick Kidston
January 18, 1961 to January 25, 2017
dedicated astrologer
much loved
in peace 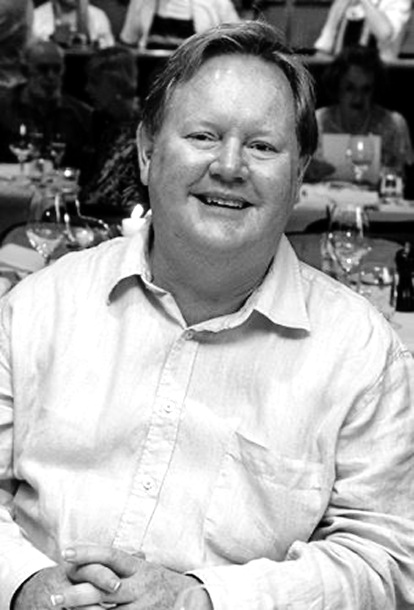 Roderick Kidston fell in love with Astrology early in life. While well-versed in its use, he was not satisfied with the traditional focus on sun signs. Roderick sought to expand and augment astrological interpretations by examining the influence of asteroids and fixed stars. His interpretations of fixed star influences are published in his final work: The Magic of the Stars: How the Stars of Astrology Enrich Your Life. This work includes the results of his original research examining the influence of fixed stars on the lives of famous people. As a talented artist Roderick also embodied these ideas in the Magic of the Stars Oracle Cards. The Oracle cards are yet to be published but are presented here as a preview to assist others interested in exploring the fixed stars.

His legacy will live on in the Astrological community and here are some links about him:

Unfortunately Roderick's blog: yinyangastrologer is no longer available. But this is what he wrote about himself:

I grew up in an environment where my mother was interested in a lot of ideas that would be viewed as alternative. Both she and her own mother were psychic in their different ways, and my mother became interested in astrology several years before I was born. However, she found it difficult to do much about the art in Australia in the 1950s, especially on her own. Fast forward to 1974, when I am thirteen, and my mother picks up astrology again in earnest. Although neither of us knows it at the time, astrology as such is having something of a global renaissance, and entering a wonderful period of expansion and growth. Young Roderick is intrigued by what his mother is doing, and starts playing copy-cat. So it came to pass that I drew up my first horoscope in October 1974, when my mother was in hospital: I wanted to check out a friend’s chart, and the only way to do that was to copy the working notes my mother had kept for our family charts. In the words of the famous Australian song, from little things, big things grow.

One advantage of learning astrology in this independent way is that neither my mother nor I was the product of anybody else’s school. We played with lots of different ideas and approaches and did the things that suited our own inclinations, rather than being moulded as any sort of clone. I was an early fan of adding asteroids to the astrologer’s repertoire, and first did a chart interpretation with the so-called ‘Big Four’ asteroids (Ceres, Pallas, Juno and Vesta) when I was sixteen. For many years now I have found it impossible to read a horoscope, in any full way, without the so-called ‘minor planets’, and I use a lot more than four of them! The study of harmonics also became a passion, and for more than a decade I was particularly interested in investigating how harmonic patterns may explain both material evolutionary potential, and the inner workings and drives of the heart, mind and soul. This work with harmonic theory got derailed a bit after 2003, when my public profile as an astrologer increased considerably in Australia, but I found myself noticed mostly for my work on the asteroids and for my advocacy of a more balanced, yin-yang approach to chart analysis and interpretation.

Overall, I am interested in a more integral approach to astrology that links with developments in depth and transpersonal psychology, metaphysics and the new physics. This includes the new insights offered by the spiral dynamics theory of the evolution of consciousness.

I wrote for the Wellspring AstroLog from its first publication (as the WellBeing Astrology Guide) in 1997 until it ceased in 2008, and I’ve been published in the Federation of Australian Astrologers (FAA) Journal and in two other small journals in Australia. I have taught astrology in Canberra, where I live, and given talks and workshops in several Australian cities. I was a speaker at the Marriage of Minds conference in 2003, where my lecture on asteroids gained a full audience and strong positive attention, and my lecture on the 19th Harmonic drew a vast crowd of seven! This inspired me to hawk myself and my ideas around the country, and led to my becoming a speaker at the 2006, 2008 and 2010 FAA Conferences in Melbourne, Sydney and Brisbane. I am on the faculty of speakers for the 2012 FAA Conference in Melbourne.

I began to reach out internationally when I gave an informal talk on the asteroid Iris at the NCGR conference in Baltimore, USA, in March 2007. Since then, I have given several informal pieces for publication in the NCGR email-letter, and my writings on the Midas and its apparent impact on the emerging Global Financial Crisis were picked up and published on another website and in another journal.

Perhaps my main claim to public fame is as the author of an asteroid report writer for Cosmic Patterns Software, the producers of Kepler and Sirius software, called The Iris Asteroids Report. Released in March 2007, this covers a full interpretation of twelve major asteroids in the horoscope: Ceres, Pallas, Juno, Vesta, Astraea, Iris, Hygiea, Proserpina, Diana, Apollo, Bacchus and Hephaistos, and the 2011 upgraded version will include Hekate, Flora and a bonus chapter on Chiron. It covers the meanings of all these heavenly bodies in signs and houses, together with their main aspects to the ‘established’ planets and to each other and to the Lunar Nodes, Black Moon Lilith, the Ascendant and the Midheaven. As such it is the most comprehensive interpretation of its kind currently available anywhere in the world: the source text runs to around 120,000–130,000 words.

Some astrologers are cagey about when they were born. I wonder what they think they have to hide?! With nothing worth hiding myself, I can reveal (as though it were a tabloid scoop) that I was dragged into the world by a doctor wielding a pair of forceps after my poor mother was physically exhausted by a 60-hour labour. It was also in the middle of a dreadful summer heatwave. This event occurred on 18 January 1961 at 1:05 pm (1305 hours) AEST in the town of Cowra, NSW, Australia. The time was recorded on a little hospital card so the data rate as AA, birth record. I actually use a slightly different time, rectified on the basis of life events, but the information here will do perfectly well for public purposes!

The Oracle card text is extracted from Roderick Kidston's book: Magic of the Stars. Roderick prepared the deck's artwork himself and chose 48 stars to illustrate the power and influence of fixed stars on everyday life. The text contains reference to asteroids (another of Roderick's specialities); and more information on them can be found, e.g. in the Iris Report @ Cosmic Patterns Software.

© 2017-20 This work is licensed under a Creative Commons Attribution-NonCommercial-ShareAlike 4.0 International License.