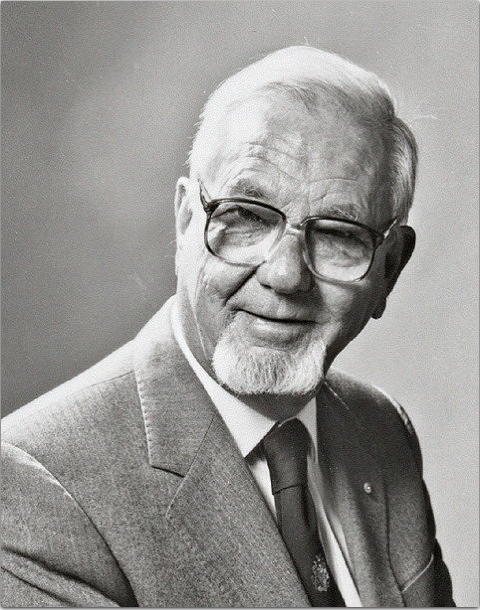 Arthur Birch AC CMG FRS FAA, was one of the finest Australian organic chemists of his generation. He was born in 1915 in Sydney, an only son, of modest origins. His mother, Lily Bailey from Oatlands in Tasmania, descended from convicts transported for petty theft to Tasmania in the early 1820's. His father, who came from a family of Northamptonshire church organists, worked in logging camps in the Yukon, Fiji and New Zealand, arriving in Sydney in the 1910s, where he become chief pastry chef at the Wentworth Hotel in Sydney.

Arthur's childhood homes were in Paddington and Bondi Junction. He went to Woollahra Primary, and then studied at Sydney Technical High School. By the age of about ten, he had already discovered a love for natural history, particularly geology and chemistry, progressing with such facility that in the early years he effectively taught himself. His leisure time included not only body-surfing at Bondi (he was always a strong swimmer), but, with schoolfriends, making crude explosives to gouge out fossils from quarries and cliffs around Sydney and the Royal National Park. Attracted by the idea of analysing the resins and smells of Australian native plants (including the Xanthorrhoea), at 12 years old, he made his first unique contribution to scientific research - a paper he wrote describing the steam distillation of lemon-smelling limonene from Araucaria Bidwilli.

After the age of 14, when his father had became too sick to work, Arthur had to balance his thirst for study with the rude reality of financial insecurity and caring for his mother.

A University Medallist in Organic Chemistry, he was one of the famous coterie of chemistry students from pre-war Sydney University, including his close life-long friends, who have now also passed, the Nobel prizewinner Sir John Cornforth, Rita Harradence (Rita Cornforth) and Ron Nyholm. Sir John Cornforth and Rod Rickards wrote a memoir about Arthur Birch (external reference below).

When he went to Oxford after the death of his father, at the age of 23, he took his mother with him to his "digs", and cared for her alone for the next ten years. He married his mum's District nurse, Jessie, in 1948.

It was in the years of WWII that Arthur made his most significant contribution to science. His organometallic ”Birch Reduction" has been, since then, one of the most used procedures in synthetic organic chemistry. Without it many of the steroid hormones going into such uses as the oral contraceptive, could not have been manufactured.

Using the Birch Reduction Arthur made the "first totally synthetic highly active androgen (indeed, the first synthetic structure-specific steroid hormone). This work was published before the natural hormone syntheses of Woodward and of Cornforth and Robinson." (Birch 1995, page 102). This achievement makes Arthur the "Grandfather of the Pill" or as he liked to say: "the Birch reduction became the Birth reduction".

He returned to Australia in 1967 after many years in England to be first Dean of the then new Research School of Chemistry at the ANU in Canberra. He was actively involved in Australia and internationally in science policy, chairing the Independent Enquiry into the CSIRO in 1977, and being founding Chairman of AMSTAC (Marine Sciences and Technologies Advisory Committee). He had been President of both the Australian Academy of Science, and of the Royal Australian Chemical Institute.

An autobiography about his career: “To see the obvious” published by the American Chemical Society in 1995 as part of the Profiles, Pathways, and Dreams series. In all he wrote over 400 scientific papers. A dedicated Australian, he had a distinguished career, and received numerous honours and medals in Australia and overseas. Amongst these were his Fellowship of the Royal Society, his honorary doctorates from Manchester, Sydney and Monash, and his Honorary Fellowship of the Royal Society of Chemistry. He was particularly proud of his appointments as one of only very few Honorary Fellows of the Royal Australian Chemical Institute.

Recorded interview with Arthur Birch at the National Library of Australia: https://nla.gov.au/nla.obj-204811543/listen

© 2017-20 This work is licensed under a Creative Commons Attribution-NonCommercial-ShareAlike 4.0 International License.